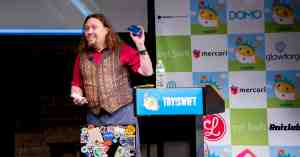 Technology is advancing at a faster rate than society’s expectations, and many technologies go from the being the stuff of science-fiction to being consumer-available, with very little in the way of discussion in between. But with the increasing rate of progress comes many questions that are uncomfortable to contemplate, and which may be dangerous to ignore. When should an autonomous vehicle sacrifice itself and its owner to protect others? What happens when medical expert systems work on behalf of insurance agencies rather than patients? What happens when the world’s weapon systems—including combat drones—are able to make lethal decisions without human involvement?

Emerging and autonomous technologies have enormous potential for benefiting humanity, but we need to discuss the ethics and risks of them now—and in a public space—before widespread deployment occurs.

Paul Fenwick is an internationally acclaimed public speaker, developer, and science educator. Paul is well known for presenting on a diverse range of topics including privacy, neuroscience and neuroethics, Klingon programming, open source, depression and mental health, advancements in science, diversity, autonomous agents, and minesweeper automation. His dynamic presentation style and quirky humour has delighted audiences worldwide. Paul was awarded the 2013 O’Reilly Open Source award, and the 2010 White Camel award, both for outstanding contributions to the open source community.