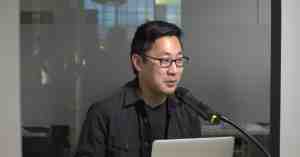 Dealing With Asynchrony in a Synchronous Swift World

In this talk, I’ll cover callbacks, futures, spinlocks, and other options for dealing with asynchrony in a synchronous Swift world.

Code running in multiple threads is often the source of complexity. As a result, we need a way to keep things organized.

but because we’re more advanced:

Here, we get input from the user, and it’ll return a print statement with what the user typed in. Note that on line 20 is a blocking operation. The program will allow the cursor to blink forever until we type something in and hit return.

Another characteristic of a blocking operation is that we want some data to be returned.

In another example, it is similar, but instead of the question “WHAT IS YOUR NAME?”, it’ll print “PRESS ANY KEY TO CONTINUE”. I’ll use GET instead of INPUT, because I just want a single character.

When I run this program, without touching the keyboard, it runs straight through.

In Commodore BASIC, a GET returns immediately. By changing line 20 to save A as equal to GOTO 20, it will continue to wait.

The problem is solved, and when I press a key, it will print “Thank you for pressing a key”.

There are two types of blocking calls.

To have the first type of call in iOS or MacOS apps, it will simply stall until it complete. A solution might be to use dispatch queue async and put this on the background queue. But, there are two problems:

Below is a perform operation which takes an input, it will then fork a process and run in the background before completing:

To know when this is complete, we add a callback:

But suppose there are ten of these operations in flight, and one of them returns. I may not know what it’s from. I can add a context parameter, here it’s a void start.

This unique ID context is available in Swift in UIKit. The callback mechanism here is much more friendly:

The target here is an object, and the action is a selector, which is a type of callback. Some APIs will even give userInfo, which is a friendlier context, as it’s a dictionary.

An API using this NSNotifications.

But the problem with callbacks is that the distance between when the call is made and the callback itself is too far. For example, it made be called in viewDidLoad, but the action method is called much lower in the file, creating a mental distance.

A way to close this gap is to use closures:

In the more recent APIs, we have an add observer that provides a closure. It’s good to observe something, then put the code for it nearby.

For methods that do not have a nice closure or a block-based API, there are third-party tools. For example, the below library wraps KVO:

In RxSwift, a nice feature is being able to provide a closure for an action, such as with a button.

I categorize these types of operations as operation-centric asynchronous.

Suppose I have a ViewController with a label, and its text is to be set from a network call. There will be many layers between the call to fetch the data to setting the label value.

Then network controller will then talk to the URLSession:

This closure is two levels deep as opposed to something that is much deeper. How can we deal more complex asynchronous calls?

Examples of future libraries are PromiseKit, and BrightFutures. The following is an example from Bolts, a project by Facebook. A key feature here is that it wraps objects up into tasks.

The following is a function that will return a task:

Inside the task is a string, much like a container. It has a generic parameter for a string. The function will run, returning immediately.

In between will be the asynchronous operations.

For demonstrative purposes, it will sleep for 10 seconds, then result in the string value. Despite being wrapped up in dispatch async, the function will still run through and return immediately.

If you choose not to do a while loop for 10 seconds, use a closure.

How Is This Different?

Prior to this, I had to specify what I wanted to do, package it into a closure and send it out, without knowing who will be calling it and when.

Here, in the ViewController, all of the logic to fetch the string will return a pending string. It’s shifting the burden of work in favor of the person who needs the value.

This is more of a value-centric asynchronous operation, where we have the value and the use of the value much closer together, in terms of distance.

In contrast, there are operation-centric operations, where you’re not necessarily interested in the value.

If you’re interested and want to learn more, you can look up PromiseKit, BrightFutures, and Bolts. There’s also RxSwift and ReactiveCocoa.

If you have any feedback or questions for me, you can get in touch with me on Twitter.

Greg is an iOS and Swift nerd, full-time Canadian, and part-time aspiring limerick writer. He spends his days working at Instagram hand-cropping those square photos, and his nights wading through the Swift repositories and writing about his findings at swiftunboxed.com. You can find him on Twitter as @gregheo.