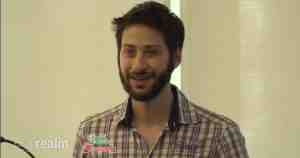 For many people, SQL can be intimidating when writing mobile apps. To avoid its complexity, various libraries started to implement techniques such as Object-Relational Mapping. They ease basic operations on complex objects, but come with a set of downsides such as decreased performance and the learning curve of a new library.

In this talk I’ll present the reactive mindset behind SQLBrite and the code-generation capabilities of SQLDelight. When combined, these two libraries will help you architect and code safer and faster with queries autocompletion, code reuse, and much more.

Next Up: Data Modeling Best Practices with Realm

Leandro has been working as a software engineer for mobile devices and portable technology since 2010. His focus is on the Android platform and everything around it. A hobbyist photographer, former guitar player, music lover and technology enthusiast.