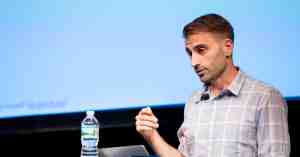 Ship your App in Less than 10 Minutes

Spend time crafting an application your users will love - not focused on the tedious tasks involved in setting up and maintaining infrastructure.

In the process of building an iOS app, we realized we were spending more time fighting with our build and deployment system than actually building our app. We put the project on hold to build a better CI / CD platform for mobile developers - buddybuild. Today, buddybuild is trusted by companies like Slack, Washington Post, Firefox and thousands of others to reliably build, test and deploy their apps.

In this talk, Dennis onboards an app to buddybuild, deploy it to audience members and gather their feedback all in under 10 minutes.

Dennis Pilarinos is the founder and CEO of buddybuild, a continuous integration, delivery and user feedback platform that is designed, built & optimized specifically for mobile app developers. Prior to buddybuild, Dennis held product and engineering leadership roles at Amazon, building and running the teams responsible for the Silk Web browser UI for the Kindle Fire Tablet and Fire Phone devices. He spent 9 years at Microsoft and founded the Azure teams focused on defining, building, delivering & operating Messaging, Access Control & Workflow offerings of Microsoft’s cloud services platform.