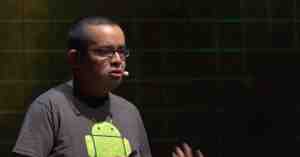 Through the Looking Glass: Computer Vision on Android

Ever wondered what your Android sees? Buckle up and join me on the journey to explore computer vision on mobile; explore different examples and walk through the basics of the available vision APIs.

Suppose you have to develop an app that takes a picture, and it has to check if the picture is of a bird. Machine learning is not a new problem, it’s a subset of artificial intelligence and AI has been around since maybe mid 50’s, only it’s been a struggle for a proper implementation.

The simplest problem that we can tackle using vision algorithms is classification, such as if someone is a dog or a cat. Other implementations of machine learning include gaming: Deep Blue playing chess; AlphaGo playing Go.

“As soon as it works, no one calls it AI anymore”

This is a quote from John McCarthy and it makes a lot of sense - a lot of people are talking about AI and at some point in history, automatic garbage collection was considered AI. Now, it’s considered just another algorithm.

Many people say they are doing AI, but are merely implementing a lot of chained if statements. I would like to show the difference between doing if statements and using a neural network and machine learning algorithms.

The answer is yes, with lots of data.

At the moment, Machine learning is only solving specific problems and is not considered strong AI. Machine learning can’t solve new problems but can provide some insights to assist in solving them. Suppose we want to figure out how much property is worth around an area (Machine Learning is Fun).

It’s possible to figure out this value by using the number of bedrooms, the size, and the neighborhood to determine the sale price of a house. This is the simplest to solve the problem, and it uses three variables.

This can be simplified by figuring out how important each one of these variables is on the final result and assign a volume for that importance. This is called a weight - and it will provide us with the final equation.

Figuring out the value of the weight is a linear regression. Once we have the values, it’s easy to predict what’s going to be the sales price. This is called supervised learning because we’re given data with labels and we’re going to focus on that in this presentation.

On the other hand, range forcement learning, is when the values are not present, and we give the computer incentives and punishments.

We initialize the weights because we don’t know how much importance each one of the variables has. Let each one be multiplied by one at first, then calculate the error. If we calculated the sales price of a house to be $250,000 and it was $200,000, the difference is the error. I square it and get an average of the errors.

Trying these new values can be done just in a random way. A derivative is helpful in this case: if we get to build a graph using the variables, it will look like a bowl.

This is called a gradient descent algorithm - by iterating through it, we’ll get the minimum values.

We can do several different calculations, different approaches and we’re going to end up with several possible price estimates and eventually, we would like to join them all in one final result called a neural network: A neural network is based on how people think. Our brain works with neurons and electrical impulses that activate those neurons. We are building neurons as units of processing that have math equations.

There is an infographic of all the neural networks. The simplest one is called a Perceptron. It could be as simple as an AND or XOR logical operation.

I would like to mention three different ways to approach to machine learning.

I would like to show a couple of examples about how to use machine learning using an API.

I’ll show some examples using Google Cloud Vision, Cognitive Services for Microsoft and IBM Watson. In all the cases, an image is uploaded to the API from the gallery or camera.

In Google’s case, we’ll work with a custom object called batchAnnotateImageRequest. We need to provide a match using base-64 encoding and then, in order to do the request, we need to specify what are we looking for.

There’s nothing weird happening here. It’s like a request to any other API. We’re specifying the picture that we would like for the API to analyze.

Microsoft Cognitive Services identifies or tries to guess the age of the person that is in the picture.

Similar as before, we need to initialize the call to the API here where it’s specifying on the first line faces, adult content, categories, tags, and description. It’s going to try to guess the description of like the whole image.

We’re graphing the captions. If you look here, it will show several things.

By showing it a picture, it will find a table, indoor, bottle, desk, and cell phone, for example. Using the gallery for the face, it’s something similar. We’re just graphing the points in order to draw it on the canvas.

The description is not entirely accurate, but it’s sure there is a person in the picture.

With Watson, you can also train a model, giving you a lot more power and reconfigurability.

Mobile Vision is a limited version of Cloud Vision, but it runs locally, relying on Google Play services. It works for image recognition, OCR, characters, and barcodes.

I built a simple app similar to SnapChat filters. Here, I draw on the screen when the app detects a face.

What I’ve done is build a detector to detect faces/landmarks. I’m using fast mode to keep it optimized, and setting a minimum size for the face.

Training Our Own Models With TensorFlow

With TensorFlow, we can train our own models or retrain existing models. In this example, we will retrain a model called Inception. That model is based on ImageNet from Google.

To retrain, we will be using Docker to graph TensorFlow. There are some cases in which the training data is really good, but it’s not useful for real world problems - this is called overfeeding.

We are working with a network, so there is a graph, labels, and the directory. If we just generate this new graph, it’s not going to work immediately on mobile. To do this, build some TensorFlow tools to optimize.

On my slides, there is an example video of me testing the model.

Adrián has been involved in software industry for 10+ years, working both in web and mobile apps. GDG Guatemala, GuatemalaJS and Nodebots co-organizer. Currently he leads the Innovation Lab at Galileo University and is a Google Developer Expert(GDE) for Android, IoT and Firebase.