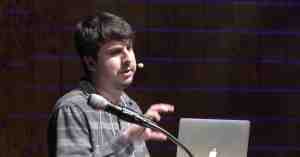 Is there an easier way to support other languages? How will your app’s UI support much longer strings or even right-to-left languages? How can you maintain Play Store copy and screenshots in multiple languages?

In this talk we’ll cover how to best to structure your app in order to make future localization easier and discuss common pitfalls to avoid. Learn how to account for special characters, how to allow mirroring for right-to-left languages, and how to use tools like Android Studio’s Translations Editor and Fastlane to save time and headaches when supporting other languages both in your app and in the Play Store.

Next Up: Build Fully-Featured Apps that don't Need a Network Connection

Phil Corriveau is an Android Developer at Intrepid, an end-to-end digital product strategy, design, and development company based in Cambridge, MA. After graduating from Cornell, Phil has spent the past three years in the mobile space, with a main focus on the Android platform. During his time at Intrepid, Phil has successfully led project teams and has maintained several apps in as many as 17 different languages. As a leader in Intrepid’s in-house training program, Phil has prepared teaching material, given lectures, and mentored new developers on the Android platform and best practices.