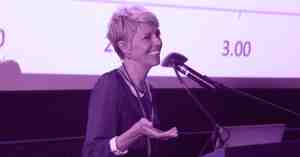 How Indies Can Still Impact the Future of iTunes

From Carla’s eight years experience as an indie app producer, she predicts the future of mobile apps and describes what she calls the “Third Wave of the iTunes.” Indies dominated early adapters of mobile apps in the first wave; giants such as Facebook and Supercell and companies such as Snapchat have led us into the second wave; and the third wave will be “personalizing experience” in which every interaction, product, and feature will be unique. This is the indie’s opportunity to get back in on the game. Using her own experience, and examples from other successful app producers, she lays out a strategy for success in a corporate dominate age.

Founder of Gratitude Labs and named top women in tech by Fast Company, Carla White produces best selling apps that have been featured by Apple, New York Times, USA Today, NPR, Oprah, and many other major publications around the globe. Carla is also author of Idea to iPhone, which Forbes claims is “an essential read for any app publisher”. A human factors specialist with an MBA and MIS, Carla has launched chart busting apps all over the world for companies as big as Microsoft and as small as the 2-person startup. She’s passionate about empowering women and loves to throw a mean dinner party.