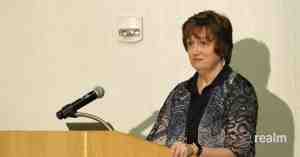 Swifty Things: Programming the Internet of Things with Swift

The Swift programming language is now open-source. Therefore, the time has come to see where else Swift can be used beyond the Apple ecosystem. While IBM has taken Swift to the data center, in this talk my colleague Laurie Hannon and I present our adventures taking Swift the other way–to the very small devices of the Internet of Things (IoT). Does Swift run on an inexpensive microcontroller running with a clock of just 48 MHz and only 20 kilobytes of RAM running on a coin-cell battery designed to power the computer for a year? Attendees of this session get to discover the answer as we hack through bare-metal details behind Swift and the LLVM compiler suite on which it’s built. And why even bother with Swift on tiny IoT computers? As we present our findings, we’ll discuss some of the reasons why Swift (and Rust!) on constrained hardware might actually be a good idea.

Next Up: Offline-First #1 – Serverless in an Offline-first World