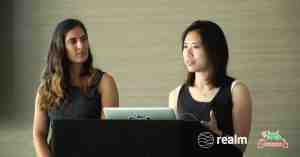 In this talk, we will cover how you can get started with Kotlin. We will cover some best practices and things to avoid.

First, convert a Java file to Kotlin file. If I examine the Java version of the code, I see that it was public abstract class. In Kotlin, you would not need to specify public because it is the default.

Kotlin allows you to place things at a top level of a file. A note on access modifiers:

In Kotlin, abstract is unchanged. If that abstract class has members, they need to be implemented.

Extension (inheritance) is not noted with a “:”.

Suppose an Animal class has legs. The following would be an example of a primary constructor.

In an instance that an animal may also have fur, I can use a secondary constructor:

Here, I will pass the secondary information to the primary constructor.

In the above class, legs, when assigning to the variable legsPlusOne and in the init block, is in scope.

Note that if you write a function lower in the class, legsPlusOne is in scope, but legs is not.

Kotlin has the idea of a nullability type. It can be there, or it can also not be there and it can be null. If I remove or add a ?, it determines whether I need to check for null, before working with the variable.

If you ever think that you’re smarter than a compiler, you have this great opportunity to prove it by using the keyword lateinit. Using this keyword tells the compiler, “I know that it looks like this isn’t initialized, but I can guarantee that before I use it, it will be.” But, if you are wrong, it will crash.

In onCreateView, all of the parameters are marked nullable.

Anytime you have something that’s marked nullable, you have to handle both cases, which results in a different branch and adds code complexity. You may want to remove question marks to simplify your code, but in some cases, it would cause it to no longer compile, as the signature no longer matches.

Here, if the inflator is null, it will throw a NullPointerException if it is in fact null.

A better one is this:

This second one is better because it gives you a chance to avoid a NullPointerException.

Lambda is a function literal. It allows you to define a function as an expression that you can pass to other methods. We have a retry button, with a familiar setOnClickListener, and rather than instantiating and passing a ClickListener, we’re passing it a lambda, which contains all of our click button behaviors.

When you have a lambda that has a single parameter, you can ask Kotlin to implicitly declare it for you.

Kotlin does not have static variables. Instead, Kotlin has a companion object, which allows you to do static variables. Within the object, you can declare properties and methods that you can call in static-like ways.

If I wanted to call something in my companion object in other Kotlin code, I might write UnsplashListFragment.SPAN_COUNT, to achieve a static-like behavior in our Kotlin.

In Kotlin, there are many types of arrays - e.g. boxed arrays.

For example, here, I have a network request with a success and error callback. They’re not lined up, and it almost looks like they’re in two different places.

It’s disjointed and hard to understand.

Next Up: Kotlin in Depth #4: Advancing Android Development with Kotlin

Huyen Tue Dao is an Android developer and Google Developer Expert, currently working on the Trello Android app at Atlassian. She is also co-creator of the “Android Dialogs” YouTube channel. Huyen lives in Denver, CO though is often found in the DC Metro area. When she is not up late programming, she is often found up late gaming (video, board, card, anything).

Christina is currently the Android lead at Highlight. In addition to trying to convince the world to use Kotlin on a daily basis, she also enjoys building beautiful UIs, extolling the virtues of Rx, and reading well documented APIs.